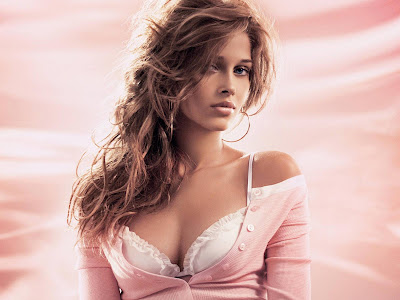 Rio De Janeiro Brazil – Top model Ana Beatriz Barros opens the Blue Man show which is full of patterned and ultra sexy show stopping bikinis and bathing suits. Ana Beatriz Barros interviews backstage and says that Blue Man bikinis are one of the best bikinis in Brazil. The swimwear is made of various colorful motifs that include everything from neon to rain forest to denim to snake skin to graphic prints. A Blue Man designer goes through the collection, pointing out the very best including a parrot themed one piece that catches the eye. “We are a Brazilian brand and we love to talk about Brazil,” says the designer. “This is the DNA.” This is Rio Fashion Week for ZARZAR MODELS fans to enjoy!

Below is an interesting behind the scenes video with some of the top models from Rio De Janeiro Fashion Week Summer 2012. Girls like Mal Bortolini, Debora Muller, Ana Beatriz Barros, and Nadine Ponce give you the scoop on their favorite Brazilian songs! It’s a tough decision to make, especially when these models are preparing for their big runways coming up, but they do it! Ana Beatriz Barros, being the leader that she is, has the first answer. Caroline Franchisini asks for help from a passerby. Debora Muller, Nadine Ponce, and Raissa all say they have a lot. Some of the models help us sample their favorite tunes by singing it for us! Others have the same favorite, including that popular Brazilian bossa nova hit: The Girl from Ipanema. Now the real question is: did anyone say Lambada? You don’t want to miss what these lovely ladies have to say (or sing!).