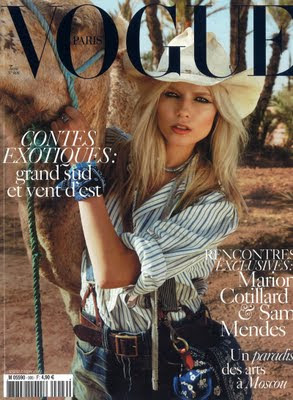 Above: Beautiful Model Natasha Poly Modeling For The Cover Of Vogue Paris

MILAN – Meet model Nimue Smit at Milan Fashion Week Spring Summer 2011. Nimue Smit is a Dutch fashion model who started her career in 2007. Here is her exclusive backstage interview at Dsquared2. Nimue Smit also walked for runways like Sportsmax and likes to read books in her spare time.

MILAN – Natasha Poly is one of the most recognized models on the scene today and here is an exclusive interview with her as she gets ready for Alberta Ferretti. Natasha Poly says she feels honored whenever she opens a show and the Russian model has opened many shows for the Spring 2011 season. She’s been featured in shows like Emilio Pucci, Dolce & Gabbana, and Gucci.