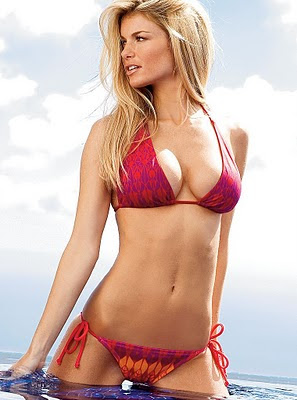 See one of America’s favorite supermodels Marisa Miller as we go behind the scenes for her record holding 8th cover for SHAPE Magazine. 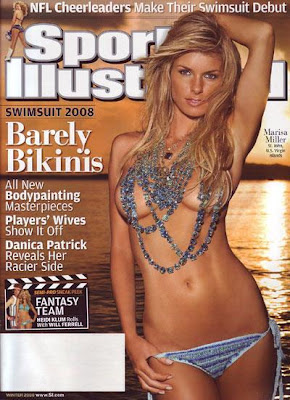 Marisa Lee Miller is an American model best known for her appearances in the Sports Illustrated Swimsuit issues and her work for lingerie and swimwear retailer Victoria’s Secret, a division of company Limited Brands. After a stint shooting with photographer Mario Testino for fashion magazines like Vogue, Marisa Miller began working for both companies in 2002. In 2007, she became a Victoria’s Secret Angel and graced the cover of the 2008 Sports Illustrated Swimsuit issue to record-setting numbers. Her modeling accomplishments have led to her being dubbed the “Return of the great American Supermodel.” 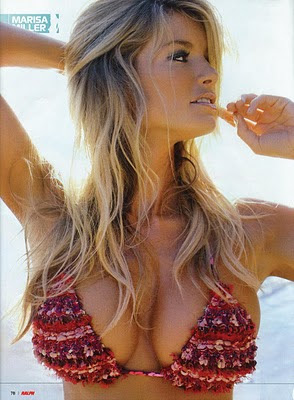 Marisa Miller was born in Santa Cruz in Northern California and first “discovered” at age sixteen walking through a San Francisco café by two Italian modeling agents. After talking to her mother, a few months later she was on a plane to Italy with her mother, despite her “shy and conservative” personality. Marisa Miller gained attention in 1997 when she appeared in the first issue of Perfect 10 magazine. 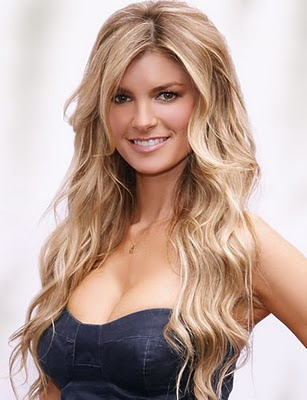 Marisa Miller moved from a start as an amateur magazine model to high profile mainstream work after an acquaintance showed a picture of her to famed fashion photographer Mario Testino in 2001. Testino asked to meet Marisa Miller, who was running a surf school at the time, and was invited to Manhattan Beach, California where she would be surfing. 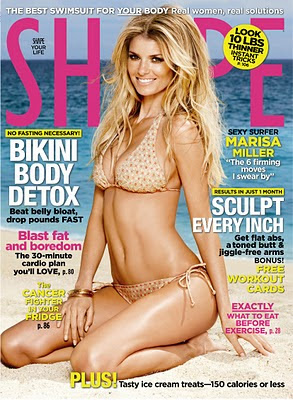 Noticing her, Mario Testino snapped pictures of her and approached her with a job offer. It turned out to be editorials for both the American and Italian editions of Vogue Magazine. Within six months, Marisa Miller was working for Victoria’s Secret and the coveted Sports Illustrated Swimsuit issue in which she appeared in every issue from 2002 to 2008. In particular, she famously posed wearing only an iPod in the 2007 issue. She has also appeared in a diverse range of magazines, many of them international editions, such as GQ, Maxim, Glamour, Cosmopolitan, Marie Claire, Elle, and Vanity Fair magazines. Marisa Miller has also been featured in advertisements for Nordstrom, Guess?, Tommy Hilfiger, Bath & Body Works, and True Religion jeans. 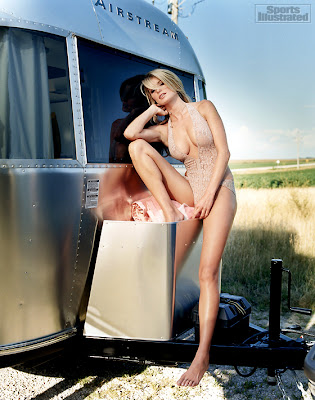 FHM Sexiest Woman In The World

She was named “Sexiest Woman In The World” by FHM, and here is the video to prove it! See America’s favorite Supermodel Marisa Miller as the girl next door in this EXCLUSIVE behind the scenes look at the photo shoot everyone is talking about.

Supermodel Marisa Miller On The Cover Of Shape Magazine

Marisa Miller shows off her incredible and spectacular body in a sexy pink dress on the latest February 2011 cover of Shape Magazine for readers to enjoy. 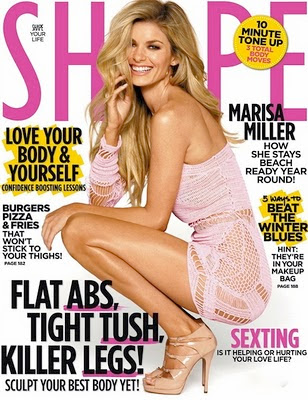 The 32 year old Sports Illustrated Swimsuit model takes the cover of Shape Magazine for the 8th time showing us why she is one of our favorite models. 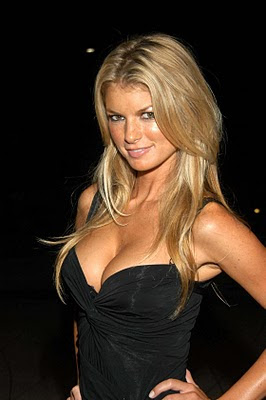 Here’s what Marisa Miller had to share in the upcoming issue:

On staying in shape: “Muscle starts to disappear as you age, I’ve discovered. I love my butt and want to make sure it stays where it is.” 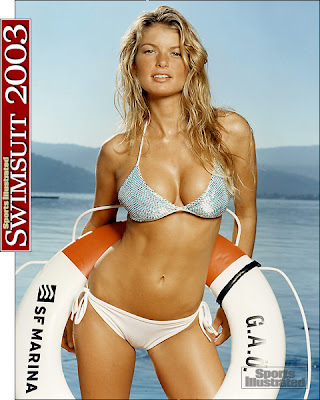 Marisa Miller may look like an angel – she is, after all, a Victoria’s Secret supermodel (and Sports Illustrated Swimsuit cover girl) – but she is as down to earth as they come. Her combination of girly girl meets tomboy makes her ideal for the cover of SHAPE Magazine – in fact, she’s had that honor eight times. “It’s funny that I’m the one giving advice now,” says the 32 year old model, “I’ve been turning to SHAPE for workout tips since I was 20. I really hope I can inspire other women to be the best that they can be.” 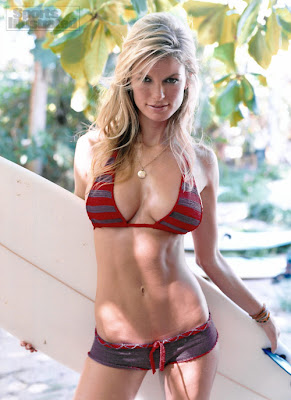 After years and years you will be happy to know that Victoria’s Secret model Marisa Miller has finally learned to love her butt. The perfectly toned supermodel tells the February 2011 issue of Shape Magazine that she was given the nickname “bubblebutt” in high school:

“We refused to do squats at volleyball practice because we didn’t want them to get bigger. Now all we want to do is lots of squats to keep our rear ends curvy and feeling strong. I go to a down-and-dirty boxing gym,” says Marisa Miller. “I don’t want to worry about how I look or whether I’m wearing the perfect outfit. For me, it’s about focusing. I’m one of those people who likes to sweat,” she says. “I’ve tried Pilates and yoga, but they’re a little too meditative. I need to really go at it, and do it hard!”

Get inspired by Marisa Miller as she reveals some of the unique qualities that help make her such a successful and respected supermodel and role model. 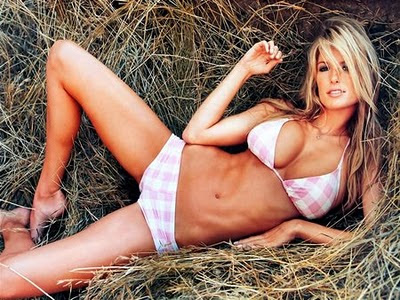