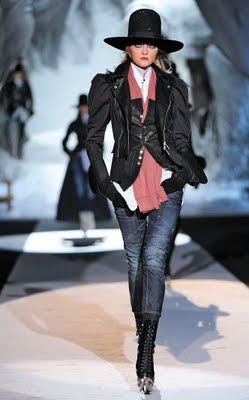 Makeup artist Gordon Espinet used one of their favorite beauty products on the models – Mac Cosmetics Mineralized Skinfinish Natural giving them that perfect summer glow. This girl is glammed down, but she’s still sexy. 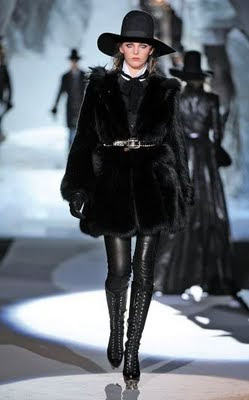 The brothers are known for designing clothes and staging elaborate fashion shows with “explosive energy”. They design men’s and women’s apparel, men’s and women’s footware, fragrances, and cosmetics. A runway show in 2005 featured Christina Aguilera with male models. In September 2007, the DSquared2 fashion show in Milan featured Rihanna entering the stage in an American muscle car, followed by a runway walk.

Their designs have been worn by Britney Spears, Madonna, Justin Timberlake, Ricky Martin, and Nicolas Cage. In 2000-2001, Madonna commissioned them to design over 150 pieces for her Drowned World Tour 2001 and “Don’t Tell Me” music video. DSquared2’s design was also featured in Britney Spear’s Circus tour. They have been featured on America’s Next Top Model and appeared in the music video for Fergie’s “Clumsy” and The Black Eyed Peas’ “I Gotta Feeling”.

The intelligent mix of irreverent Canadian wit and refined Italian tailoring, together with attention to detail are the foundation of today’s Dsquared2 philosophy, which has given life to a unique concept of alternative luxury. Recently, Dsquared2 collections have conquered a wider audience and, owing to their natural stylistic maturity, have become more chic and sophisticated while maintaining those sexy and provocative traits so embedded in their creative roots. This evolution is also due to the continuous international inspiration received by Dean and Dan, who, while dividing their life and work between Milan and London, create their collections in Italy: “Born in Canada, living in London, made in Italy”. 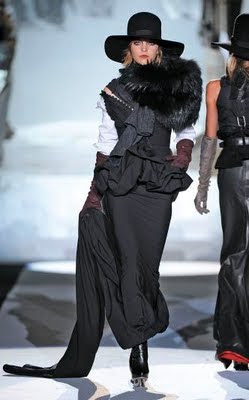