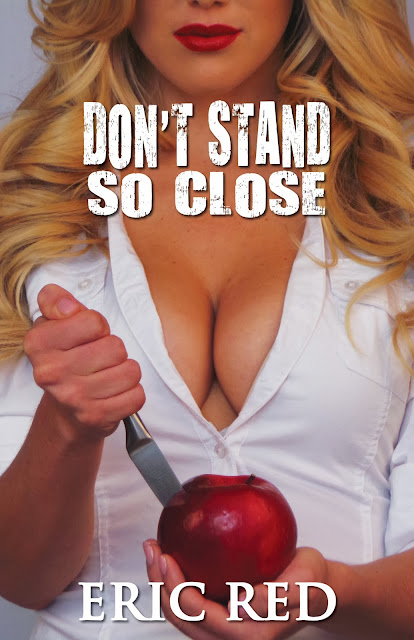 Congratulations to beautiful blonde ZARZAR MODEL Jessica Harbour for her “Don’t Stand So Close” book cover By Eric Red available nationwide and around the world at your local Barnes & Noble book store and/or online!

Below is the book summary as provided by the video trailer shown below:

She was every student’s fantasy and he was the teacher’s pet. She was older, beautiful and experienced. It was the brush of her hand passing back homework. That special glance. He spent hours in class imagining what her body looked like under her dress, until the day came when they had their first kiss. But his wildest dreams soon became his worst nightmare. She took him to forbidden places he wasn’t ready for, but when he wanted to stop she wouldn’t let him. If she couldn’t have him, nobody could, and lives would be lost before it was over. He never should have crossed the line with his teacher, because some lines should never, ever be crossed.