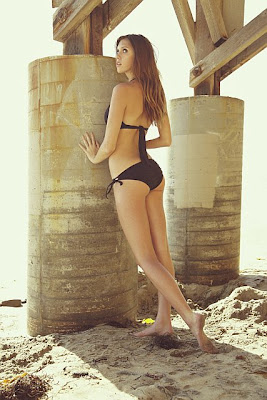 Above: Beautiful ZARZAR MODEL Tayler Ahern modeling in Southern California as the World Wrestling Entertainment Superfan model of the month for the entire United States of America for December 2011.

New York – The sexy Victoria’s Secret Angels are celebrating the holidays and offering valuable information on some of their choice gift picks for the Christmas holiday season. In the background, Brazilian model Alessandra Ambrosio points to some of the model’s selections on the best things to get from Victoria’s Secret, including sweet fragrances and sexy bras from the Dream Angels collection. The Angels blow kisses to the onlookers. Adriana Lima wishes for health for her family and “of course, a present is always welcome,” she says, “Lingerie is always great.” American model Chanel Iman loves a good Victoria’s Secret fleece pink robe because it keeps you sexy and warm. Finally, the Angels wish all the viewers a happy holiday.